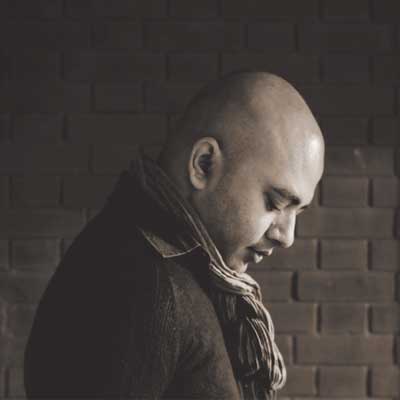 A Bangladeshi born artist, Khaled Mahmud, is currently working as the Creative Director of Headoffice Communication in Dhaka, Bangladesh. Khaled completed his B.FA in 2000 and M.F.A in 2005 in Print Making from the Institute of Fine Arts, University of Dhaka.

Khaled likes to blend local with global, emotion with functionality and creates amazing conception. His numerous achievements, exhibitions, participations have always created stirs and named him as a devoted artist of this era, promising and talented. 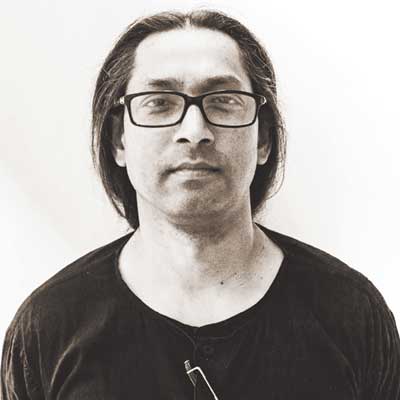 Born in Dhaka, Bangladesh, Salauddin Ahmed lived in the city until the age of 18, when he moved to the United States for higher education. He received his Bachelor's in Fine Arts and Architecture in 1992 from Portland State University, in Portland, Oregon, and his Graduate Degree in 1997 from the University of Pennsylvania, Philadelphia. While in graduate school, Ahmed won several traveling scholarships, and traveled through Spain, Japan, India, Nepal and elsewhere. In the United States, he has worked in the office of Robert Venturi and Denise Scott Brown, as well as the Urban Planning Department of the City of Portland, Oregon. Ahmed is currently in architectural practice in Dhaka, and involve in the local academia. In 2001 He has founded his own practice, Atelier Robin Architects after working for Saiful Hoque Sthapati between the year 1999 and 2000. He is also a founding member of Mongolbarer Shabha, a forum for architecture in Bangladesh. Mongolbarer Shabha instigate the current state of architecture in Bangladesh and on every Mongolbar, Tuesday night, holds lecture on variety of issues to understand architecture and its place in the society. He is also involved in teaching at the local university in the Department of Architecture.

Beyond architecture, Salauddin is actively involved in the local and international art circuit and has been invited to exhibit his work in number of art galleries in Dhaka. In 2010 he was selected in the category of young talents to participate in the Art Dubai, art fair. 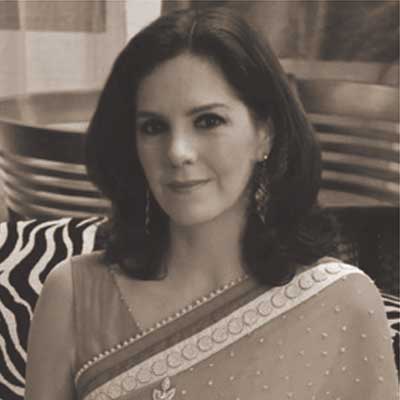 Laura Bonapace is a multiple international award-winning professional Graphic Designer / Creative Director from New York with 28 years practical design experience working with major companies and organizations.Laura is a Suma Cum Laude graduate of Pratt Institute, Brooklyn, New York.There after she was senior art director for Revlon cosmetics worldwide. Laura relocated to Bangladesh in 1996 and consulted with Adcomm. After Adcomm she opened her own design firm consulting with leading companies and organizations including The World Bank, UNDP, American Express Bank, BRAC, and dozens more &she worked with the Holiday/New Age publications making significant contributions to Bangladesh’s fashion publishing and photography industry through the Slate Style Eid specials.

Over the years Laura took advantage of the design opportunities in Bangladesh to diversify her design experience. She consulted with Kamranga Interiors, She was on staff with Apex Adelchi, & also was Vice President of Marketing for Dohatec New Media developing web presences for organisations.She has been awarded over two-dozen of the most prestigious design awards in the industry for work produced in the USA and Bangladesh.Most recent awards are from Graphis, GDUSA, and gold awards from Creativity and the Summit International Awards. Currently she works with the American International School Dhaka as Creative Director. 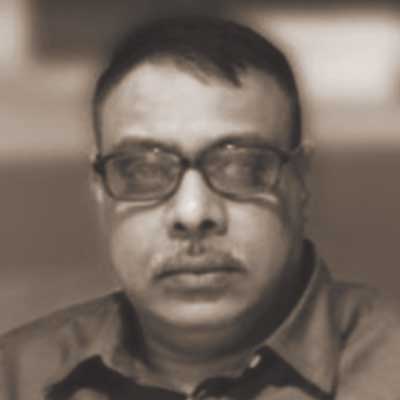 Yusuf is passionate about establishing Bangladesh as a Brand and positioning its cultural heritage as an inspiration to the world.

Iftekhar Khan is the founder of Bay Developments Ltd, a mid-size real estate developer in Dhaka’s premium sector. He studied Architecture at Bath and then trained in Nigeria and England. He later pursued higher studies in Urban Design at Harvard and MIT and worked with developers in the United States. Mr. Khan is fully committed to design excellence and socially responsible business models. This diligent approach of 20 years is reflected in Bay’s enviable brand today.

Arifur Rahman Munir began to explore how photography could be a means towards self discovery while working at his printing press, a job he held for 19 years.

A lifelong fan of books and films, and an light designer with the Dhaka Theatre, his passion for photography began with these roots and saw him enroll to become a student at Pathshala at the age of 40.

Now he is comfortable working in spaces that involve emotions and value. He documents psycho-social relationships existing in diverse social orders with instinct and zeal. Munir is inspired by the writer, Susan Sontag’s comment that she looked to life as an interpreter of her dreams, rather than her dreams as interpreters of her life. He seeks to translate his dreams onto photo papers.

Born in 1970 in Barisal, southern Bangladesh, he works as a freelance photographer, having joined Pathshala in 1999. His career has seen him work on diverse issues across Nepal, Malaysia and Thailand, and he has worked for national and international organizations. He finished his graduation in 1990.

Keen to nourish his desire for lifelong learning, Munir is a keen participant of workshops around the world. These include joint collaborative programmes between Pathshala and Nepal’s Photo Circle, and with Oslo University College in Norway. He has taken part in workshops and programmes run by Philip Blenkinsop of Noor images, Munem Wasif and Lauren Lablanc of Agence Vu, Peruvian curator Jorge Villacorta, Sohrab Hura and Shannon Lee in Singapore, learning about subjects as diverse as documentary photography and alternative printing. 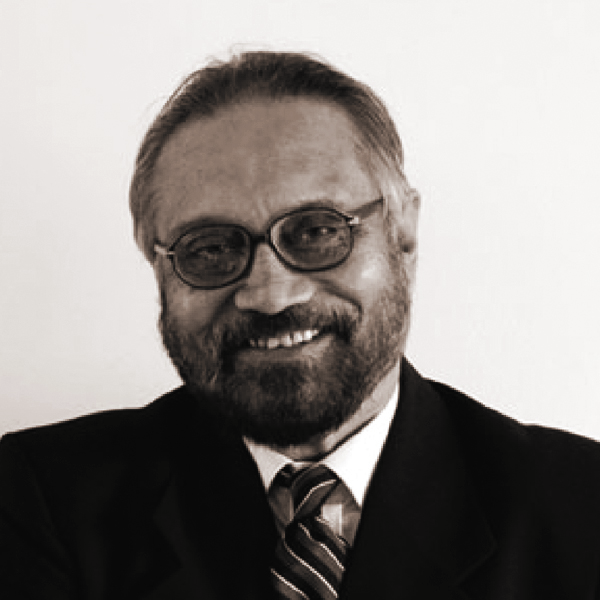 Aly Zaker was born in Chittagong on November 06, 1944. He completed his study from Dhaka University in Sociology. He started his career in Karachi in 1966 with W.S. Crawfords Limited, a UK based advertising company of repute. While in Crawfords, he was entrusted with the job of developing campaigns for mass-media communication. He joined East Asiatic Advertising Limited in 1968 and pioneered the concept of Modern Advertising and Consumer Research in the then Pakistan. He created campaigns for Small Savings amongst daily-wage earning laborers and initiated Total Offer Tests, Market Mapping Studies and Communication Effectiveness research for various International Agencies and Multi-National Companies.

He has been the Jury of Zimbabwe Advertising Contest, organized by Zimbabwe Advertiser's Association and has received several awards. He is an overseas associate member of the Population Crisis Committee, Washington D.C., U.S.A. He is a visiting speaker on Marketing Communication at the Management Development Centre and Institute of Business Administration, University of Dhaka. He is also a Member of the Prestigious Market Research Society of U.K. and Royal Photographic Society of U.K. He is a Trustee in Freedom Fighter's Memorial Trust and Liberation War Museum of Bangladesh.

Aly Zaker is a celebrity in theatre, television and film arena of Bangladesh. He is the President of Nagorik Natya Sampradaya and directed and acted in several plays for Nagorik. He adapted plays by Moliere, Brecht, Zuckmayer, Chekov, Albee and Shakespeare. For his contribution to Bangladesh theatre, he was awarded with the prestigious State Award ‘Ekushe Padak’ in 1999 and several other awards have enriched his extra-professional career.